Laboratory of Forms of Radionuclides (Metal Ions) in Solutions # 06

Head of the Laboratory:

The Laboratory was founded in 1969 by the Institute of Nuclear Energy of the Academy of Sciences of the BSSR under the direction of Doctor of Chemistry, professor Yu.P.Davydova.
9 candidates of sciences were trained in the laboratory. At present, the number of employees is 9, including 1 candidate of science, 5 research workers, 1 leading engineer-technologist, 1 technician.

The main scientific direction of the laboratory is the study of the state of radionuclides (metal ions) in solutions of various compositions in order to create effective methods for solving industrial and environmental problems.
Fundamental research:
– hydrolysis of metal ions with formation of mononuclear and polynuclear hydroxocomplexes, determination of the influence of various factors on hydrolysis (solution pH, temperature, radionuclide concentration, concentration and nature of complexing anions, presence and concentration of extraneous cations in solution);
– determination of the composition, structure and charge of polynuclear hydroxocomplexes;
– study of sorption and catalytic properties of metal-hydroxide complexes;
– determination of the composition, structure, thermodynamic and kinetic stability of radionuclide complexes in solution in the presence of various complexing agents, including components of deactivating solutions and liquid radioactive waste from nuclear power plants;
– creation of oxide / hydroxide catalysts for the decomposition of organic compounds by chemical methods;
– study of physical and chemical characteristics of the main radionuclides and activated corrosion products in solutions in the presence of anions, that are components of deactivating solutions and liquid radioactive waste from nuclear power plants.
Applied research:
– development of a complex of innovative technologies for decontamination of equipment and facilities of nuclear power plants, including low-waste (membranous),
– development and adaptation of technologies for processing liquid radioactive waste of complex radiochemical composition, which are formed, among other things, in the operation of nuclear power plants;
– analysis of the influence of the water-chemical regime of technological mediums on the operation of the systems and equipment of the Belarusian NPP;
– development of proposals for the improvement of the technological regulations for water treatment of the Belarusian NPP, taking into account the chemical composition of the feed water, as well as the trends towards the introduction of membrane water purification;
– study of the sorption properties of the Belarusian oil shale in relation to radionuclides and heavy metals;
– development of the compositions for cleaning equipment of industrial enterprises and heat-and-power equipment from iron-oxide, carbonate, silicate, mud-oil, paint and other pollution;
– examination of documents substantiating the provision of nuclear and radiation safety of nuclear power facilities in terms of radioactive waste management, decontamination, water-сhemistry regime and water treatment.

At present the laboratory performs a number of works within the framework of:
– subprogram 6 “Scientific support for the development of nuclear energy in the Republic of Belarus” of the State program “Science intensive technologies and technics” for 2016-2020;
– subprogram 1.3 “Nuclear Power and Nuclear Physics” of the State program of scientific research “Energy Systems, Processes and Technologies”;
– grant of the National Academy of Sciences of Belarus;
– business agreement.

1. Center for Optimization of Water Technologies 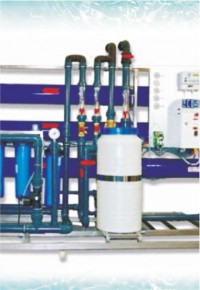 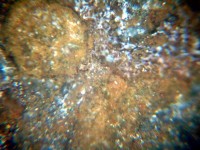 Facility for the processing of LRW

Within the framework of the State program of scientific research “Nuclear-Physics technologies for the National Economy of Belarus”, a technology was developed and there was established a facility for the processing of liquid radioactive waste (FP LRW) of complex composition, formed as a result of the activities of scientific research laboratories of the Scientific Institution “JIPNR-Sosny”.
FP LRW is a complex, which includes the facility itself, the LRW acceptance unit, the LRW purification and concentration unit, the cementing unit, as well as auxiliary systems that ensure the operability of the facility.
FP LRW consists of various modules that can be used in several technological modes:
• macro- and microfiltration;
• coagulation and flocculation;
• selective sorption;
• ion exchange;
• nanofiltration and reverse osmosis.
FP LRW allows to purify solutions from radionuclides and to reduce the volume of radioactive waste by 350-1000 times. 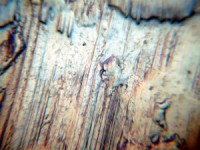