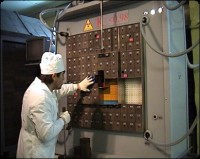 The European Union participated in the creation of the Nuclear Complex Yalina in the framework of an ISTC project.

As of today the Yalina installation is the only operational nuclear facility in Europe used for studying new-generation power reactor facilities (subcritical systems driven by external sources), while such facilities in Japan, Germany, Sweden, the U.S. and other countries are still under development. Such systems are designed for power generation and burnout (transmutation) of long-lived radioactive waste accumulated in the process of NPP operation and have intrinsic safety features. It should be noted that in the short term subcritical reactors are regarded as the most promising area for power generation and destruction of long-lived radio-nuclides.

In accordance with the order of the President of the Republic of Belarus in 2006 the Presidium Board of the National Academy of Sciences of Belarus resolved to use the Yalina nuclear facility as a basis for establishing an international research laboratory jointly with Swedish, German and Spanish nuclear centers, which allows for: 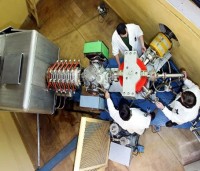 The subcritical facility Yalina is the unique, the only one of its kind in Europe to carry out the fundamental and applied investigations on neutronics of Accelerator Driven Systems, transmutation of long-lived radioactive waste, nuclear safety of the reactors and neutron-activation analysis.

The facility consists of the hydrogen ions accelerator with accelerating voltage 250 kV and ion current from 1 mkA up to 12 mA.

Pulse duration can be changed from 1 mks up to 12 ms.

The facility was created to perform the experimental research on the foundation of large-scale application of the spallation reactions to produce energy, management with radioactive waste of the nuclear power,  and etc.

The main advantages are  flexibility to get the different subcriticality levels, the operation in stable subcritical mode.